Why do I need CCTV for my home?

Protect your home from intruders

CCTV (Closed-Circuit Television) has been a common sight in retail outlets and public places for many years now. Despite CCTV adding an extra layer of security to any safety-conscious home, less than one in twenty homeowners have CCTV installed in their houses.

The main reason people reject CCTV system is the potential cost – after all, commercial systems have previously cost thousands of pounds in installation and maintenance. However, costs associated with the installation of a CCTV system have fallen significantly over the past decade or so.

Coupled with the rise in the standards of technology available to homeowners, and the addition of fast internet connections, there has never been a better time to install a home CCTV security system than now.

Home CCTV systems – how they work

There are two main types of CCTV systems – wired and wireless. Wired CCTV cameras simply run cables from the camera to the monitor. The downside to wired cameras is that running cables all around the house can be both difficult and unsightly.

Wireless CCTV systems are more expensive, but are much more convenient. They transmit their signals with via analogue (like an old TV) or digital (like wireless internet hubs). The signals generated are received and displayed via a monitor in the usual way.

You can also buy CCTV systems that connect wirelessly to your home wireless router. The images can be accessed from any device anywhere, as long as it’s connected to the internet. 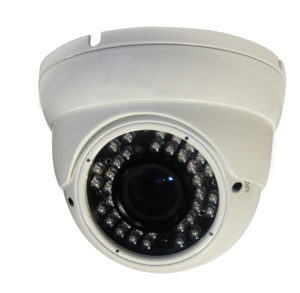 CCTV as part of your home security system

If your home is currently unprotected by modern security devices and aids, installing a home CCTV system should not be your first and only option. Home CCTV works best when combined with other security measures, such as intruder-resistant door and window locks, security lights, motion sensors and an intruder alarm.

In terms of pricing, a CCTV camera with a night-vision range of around five metres can cost as little £20, although you do need a monitor in order to observe the images it captures. Quite often, you can hook your CCTV camera up to your home PC or entertainment system, so you can flip over and see what’s occurring should you hear something outside that bothers you. A CCTV camera that connects to your home wireless network costs from around £50.

However, you will need to consult a professional to install the system, since only they know where cameras should be mounted and how to route the relevant cables to avoid them being tampered with.

External CCTV cameras need a reliable power source and need to be professionally installed to cope with the variable British weather. Any external CCTV camera you use ought to have an IP (International Protection) rating of at least 66.

When you place your cameras, you need to respect privacy laws. It is illegal to have them pointed in such a way that they capture images of someone else’s property, or of public places. Additionally, you will need to have some kind of power supply.

Remember: cameras with LED lights are useful, but cannot be used to look through windows at night. The frequency of LED light is different to sunlight, and it will not penetrate the glass; instead, it will reflect and prevent you from seeing anything at all.

A home CCTV system – why not investigate?

Home CCTV systems are probably not as expensive to install as you think, and are extremely useful in adding another protective layer to your home security. At the very least, you could invest in a CCTV camera above your front door – that way you will receive sufficient forewarning should an unwanted visitor turn up on your doorstep. For advice on security and automation, speak to Angel Security about an affordable CCTV system for your home.