How Home Security Products Are Interacting More than Ever

With technology continually advancing, there’s no end to the possibilities of where it will take us, with home security systems becoming more advanced than ever. Traditionally, the security measures taken would consist of separate elements and systems which would work individually to protect properties. However, home security products are now interacting more than ever, creating a more automated system than ever before. 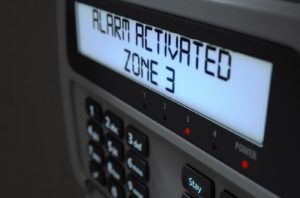 Home alarms are becoming more sophisticated, which is good for users who want greater control over how they secure their home. We’ve already seen how security apps are integrating with products, allowing property owners to keep an eye on the activity of individual sensors and control alarms within defined zones within their home. For those keen to add as many beneficial features as possible to their alarms package, inbuilt cameras are an option. This involves installing additional motion sensors which have in-built cameras. If your alarm system is triggered, this interacts with the camera technology, sending footage to your phone so that you have visual verification of what’s happening in the room. Alarms and cameras working together in this way can help you react quickly, reduce emergencies and give you peace of mind.

Smart doorbells have risen in popularity over recent years, combining motion sensors, intercom technology and CCTV. When somebody rings on your doorbell, it’s easy to see camera footage from your doorway, as well as accessing a 2-way audio which allows you to communicate with whoever has rung the bell. This has made people feel safer in their homes as you don’t need to open your door to speak to visitors. Not only that, but motion sensors can interact with the camera technology, meaning that even if someone approaches the front of your property, you can get an instant visual on what’s going on. We’re also seeing more interaction between CCTV and intercoms in commercial and public sector properties, not just homes. This has become an important part of vetting visitors, enhancing security in schools, hospitals and offices.

National Home Security Month is a campaign which puts emphasis on the measures we can take to protect our families and homes. One of the pieces of advice we see time and time again from them is that alarms are a huge deterrent for burglars, who often move onto a property which doesn’t have a visible alarm system. Many property owners are taking this a step further and ensuring other deterrents are in place which would stop an intruder in their tracks. This includes security lighting, which often acts via motion sensors. However, alarms systems can interact with lighting too, so if the system is triggered, external lights will begin to flash. We’ve even seen automatic, metal security blinds which activate as an instant intruder response.

Home automation looks set to grow even bigger in the future, so it won’t just be security products interacting, but all the smart technology we’re installing in our properties.

At Angel Security, we provide high quality security solutions across Surrey and London locations, including Chelsea, Horsham and New Malden. Contact us now to find out more about how we can help keep you safe.