The best deterrents for opportunistic thieves 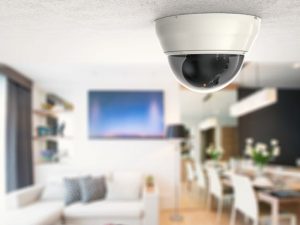 When it comes to determining the best deterrents for opportunistic thieves, who better to ask than the people that have been on the other side of the law? In August 2017, Co-op Insurance released a study that asked 12 former criminals what put them off attempting a break-in. Here, we look at the results and what they could mean for home security systems.

CCTV is a main deterrent

The study suggested that CCTV cameras were one of the most effective deterrents against opportunistic break-ins – for cars as well as homes. This is not surprising, given that any footage caught on a CCTV camera could be handed to the police to help with their enquiries.

Anything that attracts attention!

Six of the former intruders in Co-op Insurance’s study explained that they would not break into homes that had systems in place that would draw attention to them. This includes dogs that would bark loudly at the first sign of an intruder! Burglar alarms were also listed as an important deterrent, and the panel said that they would avoid breaking into cars or homes that were in particularly well-lit areas, either by a streetlight or with security lighting.

Signs of people at home

Many of the people who were surveyed said that, if they could see that the TV was on in a house, they would probably be put off breaking into that property. While it’s not feasible or economical to leave your TV on while your house is empty (and anyone watching your home would soon work out that this is what you’d done), you could always create a similar effect by having your lights on an automated pattern. This would mean that your lights would turn on and off at certain times of the day to give the impression that someone was at home.

Opportunistic intruders are far more likely to choose a house that has an easy access point than one that will require them to make lots of noise. So, a house with an open window or an unlocked door is a more obvious target than a property with firmly locked windows and secure, heavy doors. While intruders can always smash the glass, they are less likely to do this as the noise it makes will draw attention to them. Fitting your home with high-quality windows (perhaps those certified by the police Secured by Design initiative) and maybe even security doors is a good option if you want to increase your property’s security.
Ultimately, having fundamental security solutions in place – such as CCTV cameras, burglar alarms and security lights – will help to protect your home and ensure that opportunistic thieves do not spot weaknesses, vulnerabilities and easy access points into your home.

Here at Angel Security, we can help you put effective solutions in place to boost your home’s security and deter would-be intruders. If you live in Ewell, Earl’s Court, Guildford or another area of London or Surrey, contact us today for a free, no-obligation quotation.